ISAIAH 26:3
THOU WILT KEEP HIM IN PERFECT PEACE, WHOSE MIND IS STAYED ON THEE: BECAUSE HE TRUSTETH IN THEE.

Please remember my friend Brenda this week as they bury her dad. He has been sick for some time now. Keep them in your prayers.

Please remember my dad this morning in your prayers as he is having an MRI on his back at 8am. He has been having a lot of trouble with his legs and think it is something to do with the back.

We also have to gentlemen in our church that are having surgery this week Mr. Hazelwood is today and Bro. Frank on Friday.
1 comment: 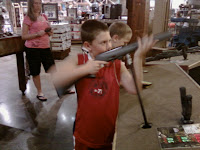 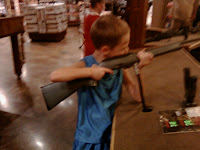 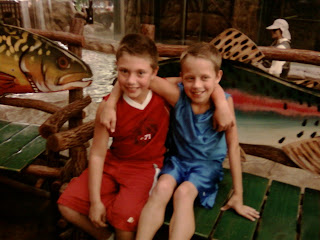 Just a little late in posting these pics just really been a very busy week. Last Saturday after I got off work around 4pm we went to out to have a fun night out. Last opportunity before school headed back on Monday the 23rd. Well, my sis, her hubby, my hubby and boys pick me up after work. Off for a fun night we went. We went to eat at Fuddruckers and took forever and day it seem to get our burgers, but the wait was worth it. Then from there we went to Firehouse Golf to play putt-putt. You have got to go here especially if you live near by. It is in doors and it is dark but lots of fun. When we were finish there us adults needed a little pick me up so right next door was Star Bucks little caffeine kick you know. Then my husband just loves the Bass Pro shop, so we stopped by there on the way back home for about an hour. I got a Christmas gift while we were there that was nice. I hate waiting until the last minute to shop for the holidays it drive me insane.

I do have some pics from the Bass Pro shop. These pics were taken with my cell phone. Our oldest hung out with the men in the store so no pics of him. Although, the putt-putt was a lots of fun I wish I could have taken some pics in there but not possible with my camera. Oh, little bug man we call him the middle child was third place in the putt-putt. I told his uncle he needed to take him with him to play real golf someday the child was just really good at it. Myself I was last place just kept hitting that little ball to hard.
No comments:

{Birthday in the House} 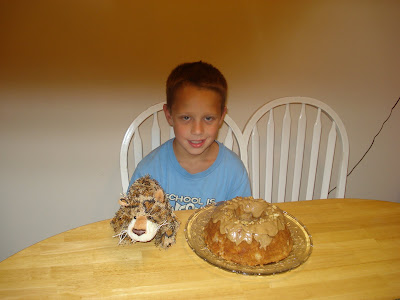 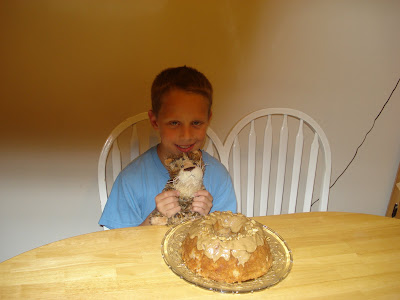 We began celebrating Ken man birthday on Saturday. We all went out to dinner at O'Charley on Saturday. He is now eleven years old 8/17 he shares his birthday with a uncle also. Also, my mama was on 8/15.
Yesterday we went swimming for awhile. I made an whole made apple cake with the apples from our McIntosh apple tree for his birthday. On Friday, we are going birthday shopping some more. With his birthday just 20 days after his brothers it just sneaks upon us.
Well, I am sure more pics will be posted later. He is celebrating his birthday all week. Just wanted to go ahead and get something posted.
1 comment:

He is doing better this week. I was off work on Wednesday, so I spent the day at the hospital with him. My aunt really needed to get away from the hospital and I told her go home for awhile. I arrived in the morning hours and went back and visited with him during each hour that was visitation hour. I spent the entire day with him, God allow me to talk with some others families there in the waiting room that just needed someone to talk to. Many people there in need of healing touch from above.
My uncle is still in ICU, so it will be a little while longer before he comes home. He is eating better and walking. They plan to remove some fluid from his lungs. Just continue to keep them in your prayers.
No comments:

A New Touching Song By Nicole C. Mullen - One Touch

Just ignore that last comment about Baptist. I am a strong independent Baptist and no we do not believe in sprinkling. I posted this because I just love to hear her sing I see her live in concert in Florida about six years ago. She is just amazing and has been through so much in life. Her and myself also have the same maiden name so that makes her life story special to me.

Casting Crowns - Prayer For A Friend

FOR ALL MY FRIENDS AND FAMILY MEMBERS THAT NEED THAT SPECIAL HEALING TOUCH RIGHT NOW. MS. DEBBIE I AM THINKING ABOUT YOU TODAY.

It seems I have been thinking and praying a lot lately for friends and family members who have been sick and needed surgery or medical testing. Yesterday, morning I got up thinking about the story in the Bible about the lady that just wanted to touch the hem of his garment. I found the scriptures in Matthew where this story is mention about this lady whom had been sick for 12yrs. We get all uptight if we have been sick for a couple of days.
Matthew 9:20-22
And, behold, a woman, which was diseased with an issue of blood twelve years, came behind him, and touched the hem of his garment.
For she said within herself, If I may but touch his garment, I shall be whole.
but Jesus turned his about, and when he saw her, he said, Daughter, be of good comfort: thy faith hath made the whole from that hour.

No doubt had this woman been to the doctor after doctor had spent her last penny to find a cure for her health. Heard about this man name "JESUS" coming to town and thought just one touch that's all I need.
I thought about my uncle that just had surgery on his heart and then Sunday he had to go back in for more surgery because the chest bone broke again. He has been a very sick man since 4th of July week-end. He to needs the touching hand of Jesus. His surgeon my uncle thank him for doing a successful surgery. The surgeon said you have a more higher power than me taking care of you he was referring to our "Jesus". Yesterday, we went down and spent about three hours at the hospital where he is at. He was taken off the ventilator while we were there. He is having some kidneys problems due to all the antibiotic he has taken for the infection that he had before the surgery. Please pray for him daily right now his vital signs were really looking great yesterday and he is making some progress. The kidney specialist said he is in for a long stay. Which, he has already been in the hospital for a month now. Remember his wife also she is really having a hard time with this.
No comments:

Please pray for my Aunt Brenda tomorrow morning she is having back surgery. She has had a lot of heart problems also. She has had several heart surgeries triple and quad by-passes in the last few years. She really needs our prayers since having surgery puts her at high risk.


My uncle Donnie should be coming home on Friday. He is doing well and he still needs our prayers for his health.
1 comment:

I was going through old photos this morning and thinking about all My Savior has blessed my family and I with. We are just so blessed beyond what I could ever dream or hope for in my life.

Please attend church today somewhere and allow God to speak to you. We need His guidance each and everyday of our lives.