ISAIAH 26:3
THOU WILT KEEP HIM IN PERFECT PEACE, WHOSE MIND IS STAYED ON THEE: BECAUSE HE TRUSTETH IN THEE. 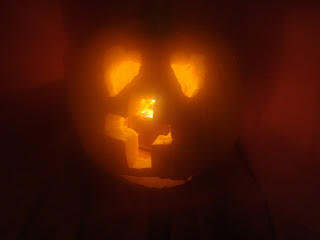 I took this idea from a friend. Here is a link to her blog http://www.jessicaleighblog.blogspot.com/.
No comments:

"Through The Fire" By The Crabb Family (FULL)

Please pray for my Uncle Lloyd he is the hospital again. He started bleeding internally yesterday and lost a lot of fluid and blood. They have not found anything this far except for some small ulcer. Two week-ends in a row now for him. Please keep in your prayers and mention his name at church today. He is a pastor of a church in Kentucky. This is my mother's brother she went to see him immediately yesterday.
1 comment:

Have you every gotten one of those unexpected blessings? After work yesterday I went to eat dinner by myself. My hubby and boys were out of town. I called a couple of family members to join me, but they were all busy. I thought I am hunger and I do not want another fast food meal. I went to one of our home towns little country restaurants. I like the atmosphere there the employees are always so nice.
I think it is interested to see how people respond to a woman by herself eating out. I do not do it all that often just occasionally, but that just gives myself some me time. That is just something a woman needs sometimes I think.
One little boy next to my table noticed me and said something to his mother. Then she told me what he said about myself being attractive. I told the little boy thank you, but he denial anything his mother accused him of saying.
When I was finished I went up to pay for my meal and the most peculiar thing happened. There was an older gentlemen(whom was by himself also) standing there paying for his meal he was waiting for his change. I noticed he look me over, but he or I never said anything just went about our business. Once, he was given his change he popped a $10 bill down on the counter and said use this to pay for her meal. I know my face to the cashier was in shock. I told the gentlemen thank you, but he never turned around just walked on out the door and said nothing to me directly. The cashier responded and said that was nice of him. I commented "yes it was a very nice thing to do".
I just went out the door and "Praising my Lord". I called my hubby and let him know what had just happened. He was appreciative himself and just laughed in amazement. In all my life I have never had this happened. God was just shining down on me yesterday. I just said thank you Lord.

Psalm 9:1-2
I will praise thee, O LORD, with my whole heart; I will shew forth all thy marvellous works.
I will be glad and rejoice in thee: I will sing praise to thy name, O thou most High.
1 comment: 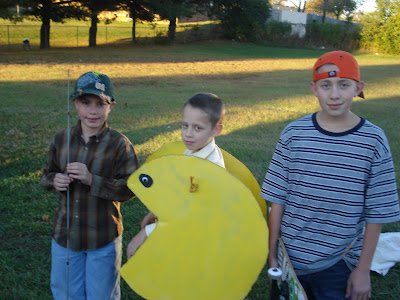 We went to a little halloween party at our chiropractic office yesterday after school. They had food and fun for the kids. We had lots of fun. They had a costume contest and yesterday morning we all decided if one of the boys won then we would buy a gift they all could share. Well, my mother came up with the idea of pacman. My hubby and I put it together yesterday while the boys were at school. We won a $25 gift card from Wal-Mart. Yeah!!!!!!!!!
The movie was the "Big Pumpkin" from Charlie Brown. One of my all time favorite halloween movies. 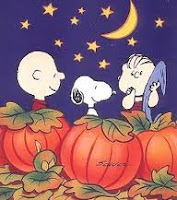 Please pray for my mother's brother Lloyd he is recovering from and emergency heart cath he had on Monday. He went in Saturday evening with chest pains and everything seem to read normal. He insisted they do an heart cath on Monday and he had 85% blockage. If the doctors would just listen to the patient they would be better off with more accurate results.
1 comment:

>> We have a Birthday in the HOUSE 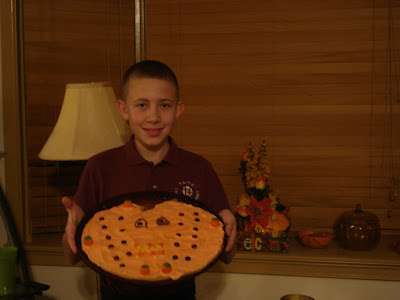 Today is a big day in our house our oldest son is turning "thirteen" today. Yes, we efficiently have a teenager in the house. Robbie is one of those kids who strives to learn all he can and really loves learning in school. I just wish I had that attitude when I was growing up then maybe it would have came easier to me. We are so very proud of him and so grateful to Our Savior that he gave us Robbie to raise. Robbie just wanted you to know mommy and daddy are proud of you. We are looking forward to seeing what God has instore for you in your future. We just want you to grow up to be the Godly young man that Jesus desires for you to be.
I was up early this morning to make this cookie cake for his birthday. He was very please with it. I was glad to make his birthday a happy one. I picked him up early from school today and took him out to lunch.
No comments:

Well, you all know that problem I had with my cyst last month. I have always agree with chiropractic care I am going for another round of treatment 13 weeks three days a week. I found out that the cyst was part of my problem this time that caused my neck to get out of alignment and that is were it was laying directly above my collar bone. He treated me several years ago when I fell on wet pavement and put my right side of my hip out of place that day I walked in his office completely bent over, but God allow this doctor to put me back together again. I felt like humpty dumpty that day, but God let me be put back together. Please pray for me these first few days will be rather intense. I am just not completely looking forward to this.
I really do like this doctor he is a Christian and he believes in God's healing touch and he is not ashamed to give My Savior the credit for what he able to do with his hands through chiropractic care. You hear Gospel music in his office playing all the time and he just praising his name in his office continuously.
So how do you feel about Chiropractic Care??? Have you ever tried it and what was your results.
No comments:

Crabb Revival - He Knows My Name

We had a great trip in Michigan last week. Got to visit the family and hang out around town and do some shopping one my favorite past times. Which, everyone that knows me will tell you I have way too many clothes. It was just so nice to have a few days with no schedule and could do what ever we wanted. That is a vacation!!
We are going to add a new addition to our family next month we found her in Michigan. I am getting a new baby that is a miniature Yorkie pictures to come in the very near future in November hopefully she is six weeks now. I guess you can say I am getting an unexpected birthday gift a little early my b-day is in December. Hope you are having a good week.
6 comments:

I am just so excited about all my new followers. I stay so busy working semi-full time and raising three boys and a hubby. Everyone tells me I have fours boys. Oh!! how true that really is and he is the biggest boy sometimes. I just do not have the time to blog hop like I would like to. Thanks to my friend Ms. Debbie at Jeremiah 29:11--- I have five new followers.
3 comments:

I have tried to get back in the work force for over 12 mths now. It is so hard to get back to a accounting position or just clerical work lately. Anyway, about 7 months ago I decided to go ahead and take a retail position in our local mall. Now, just yesterday I received a call for an interview from our community college and I hoping to receive a call for another job I just applied for also. Please keep me in your prayers it is hard to work nights and week-ends. I just want ones of those 9 to 5 jobs again if you know what I mean. For all your prayers warriors out there please pray for our economy. Pray that we all can get back to work and get up and above these hard times so many are struggling with. We have a gentlemen at our church that only got three days last week. Another, man in our church that has been out of works for two years with the company he works for and he has work there at least 20 years. He get a few hours here and there his wife had to go back to work full-time just to support the family.

In His time He will make all these things came to pass. Lord Jesus help us all.
1 comment:

The Greene's sing When God Has Another Plan

"Do not forget to turn off the play list".

Song Title: When God's has another Plan.

If you live local and please check out this radio station out of Newport, Tn 9.07 it is a great gospel station and this is where I first heard this song. Times in life seem like a roller coaster of stress and as my family refers to them as opportunities. Just trying to make it week by week and day by day seems like much frustration and the waiting process of just needing an answer from My Savior. I am just appreciative that My Savior seen fit to allow me to overcome this most recent medical concern I just faced in my life. Do you know what it like to wonder if I going to have to have surgery for possible cancer cells in your body? Well, I have twice in my life now and the Lord has allow me to be cancer free both times in my life. I have never seen doctors so concern and then so relief to see and here the final results. The words of my doctor said you are cure and you are cancer free were just music to my ears. Thank you Lord, thank you Lord!!!!!!!!!

Thank you for your prayers

My test results from my biopsy came back no cancer. It was just a fluid cyst that just occurred for some odd reason possibly the doctor said from an ear infection.
6 comments:

Do not forget to turn off my music list. Enjoy your Sunday in the Lord at church.